Hydrodynamical cosmological simulations are increasing their level of realism by considering more physical processes, having more resolution or larger statistics. However, simulations usually has to either sacrifice the statistical power of such simulations or the spatial and mass resolution reached within galaxies. The NewHorizon simulation is a zoom-in region of  ~ (16  Mpc)3, embedded in a larger box, which re-simulated region is simulated at high resolution. A resolution of up to 34 pc, typical of individual zoom-in state-of-the-art resimulated regions around a single halo, is reached within galaxies, allowing such a simulation to capture the multi-phase nature of the interstellar medium with some statistics.

The NewHorizon simulation models state-of-the-art physical processes to simulate galaxies in their cosmological environments. This includes the modeling of gas cooling, star formation, feedback from massive stars, and feedback from supermassive black holes. More information about the simulation characteristics and modeled physics can be found on the Science page. 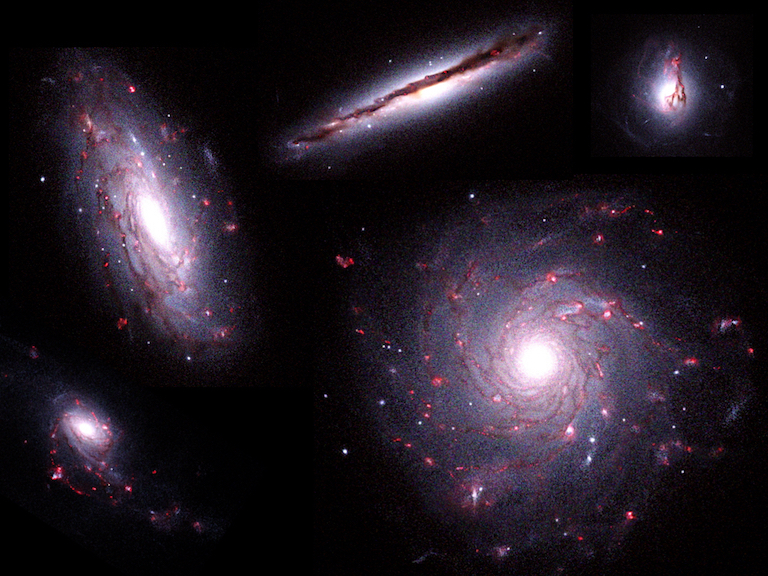 This project has been conceived by an international team of researchers in France, Korea, and United-Kingdom. The simulation was made possible thanks to computational resources at CINES, TGCC, and KISTI, and local clusters at the Institut d'Astrophysique de Paris and the Yonsei University.